The cryogenic infrastructure, which includes two tests areas respectively located in the buildings 103 and 106 at IPNO, consist of the following equipment's:


Production of liquid helium and recycling of gaseous helium

Liquid helium is produced at IPNO using a commercial helium liquefier Linde L70: the liquefier is in operation since 2009 with a liquefaction rate of 70 l/h. More than100 000 l of liquid helium (LHe) were produced since 2009, including 50 000 l of LHe used for Spiral2 project. 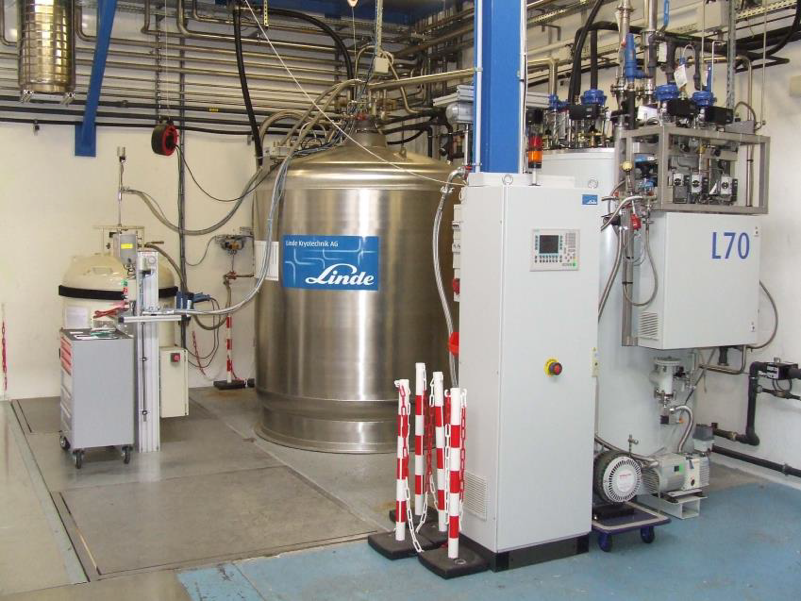 Due to heat load, during the cryogenic tests the liquid helium is evaporated. The resulting gaseous helium is then recycled after use. Helium gas is recovered, 8 compressed then stored prior to be purified and re-liquefied. The Gaseous helium storage capacity corresponds to 3000 liters of liquid helium 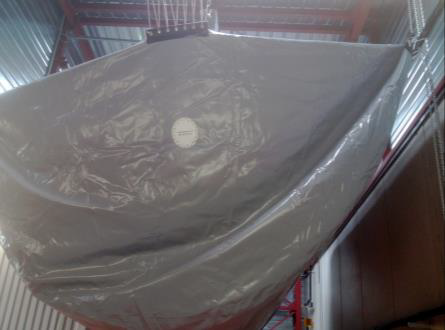 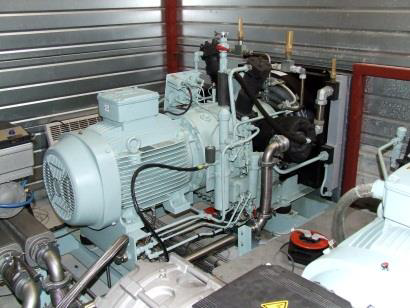 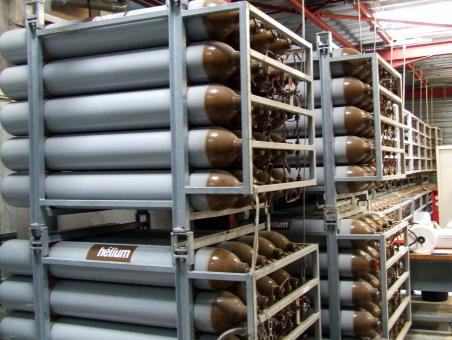 The two cryogenic test facilities of building 103 and 106 allow experimental test with saturated liquid bath at subatmospheric pressures. Rotary vane pump and roots pumps are used for reducing vapor pressure of liquid helium down to xx mbar corresponding to a bath temperature of 1.6 K. 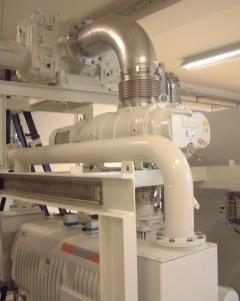 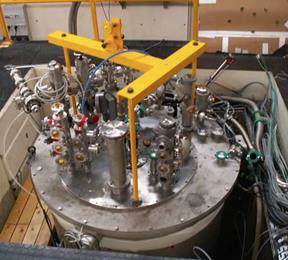 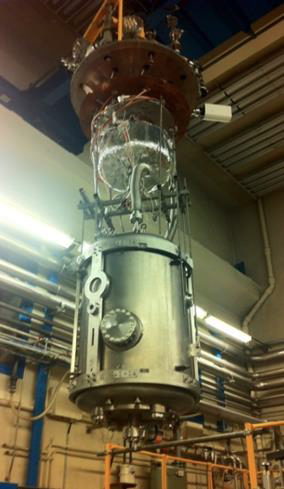 The cryogenic thermometers calibration facility was designed and constructed in the frame of the Large Hadron Collider (LHC). More than 5000 thermometers were calibrated with this facility. These sensors (1800 sensors for the magnets and the 3200 for the cryogenic lines and equipment) are used for cryogenics and operation process of the LHC.

Two test stands with several cryogenic inserts are used for material and components characterization at low temperatures. They allow the measurements of electrical, superconducting, electromechanical and thermal properties at low temperatures. One insert is dedicated to R&D on special sensors and electronics for investigation of anomalous RF losses and phenomena limiting the performance of SRF cavities (e.g quench detection via second sound events, surface thermometry, field emission probes). 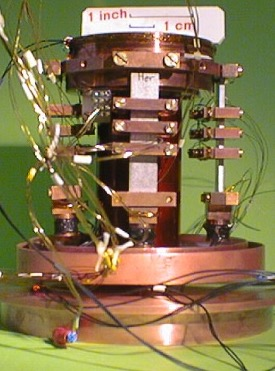 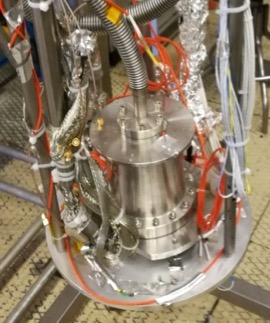 The RRR is defined as the ratio between electrical resistivity of the material at the ice point (T=273K) and the residual electrical resistivity ρ measured at the liquid helium normal boiling point (T=4.22 K). These measurements is performed using the standard DC four probes method with reversing the sensing current to eliminate parasitic thermoelectric voltages. Electrodes are clamped to the flat test sample by means of copper-beryllium springs (contact pressure: ~12 Bars). The test sample (length: 80 mm), is equipped with a calibrated Cernox thermometer (T=1.6K— 300 K) and immersed in a saturated liquid helium bath at T= 4.2K. The sensing current of 1A, is delivered by a precise standard DC voltage supply, is on-line measured via the voltage drop across a precision resistor 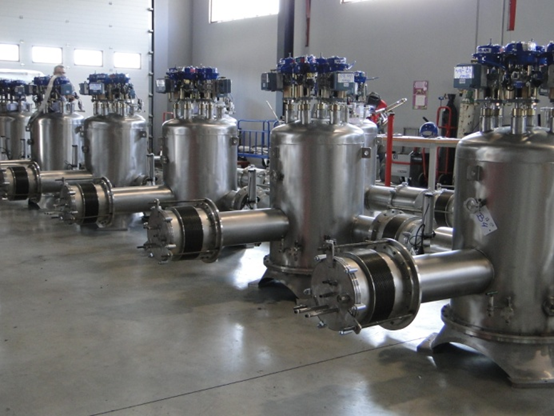 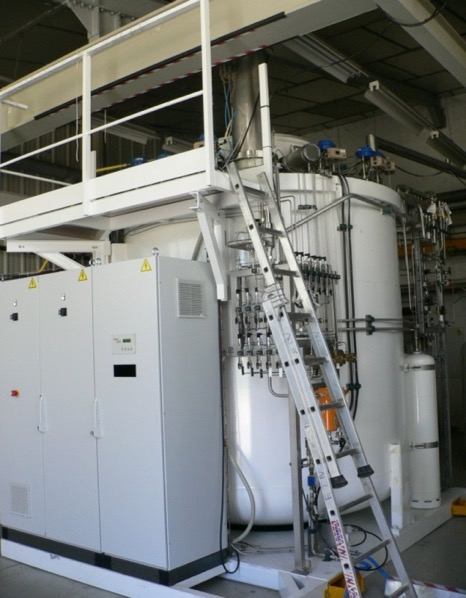 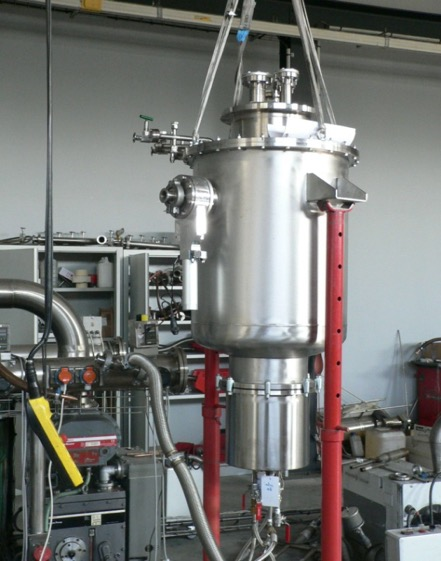 Helium refrigerator and one cold boxe of SPIRAL 2 superconducting linac

This technical platform provides the expertise and manpower to perform the work and training,