THE GLOBAL LANDSCAPE OF ACCELERATOR AND SC MAGNETS PROJECTS (NON-MEDICAL)

Research Infrastructures based on Accelerators and large Superconducting Magnets are enabling scientific instruments to advance and push the limits of pure human knowledge and of societal welfare. Motivated by the successful operation of the existing Research Infrastructures and building on engineering progress, more powerful facilities are under study. The map illustrates the rich Global Landscape of the proposed Research Infrastructures worldwide serving a wide range of applications from science to technology, spanning fundamental, applied and technological research. 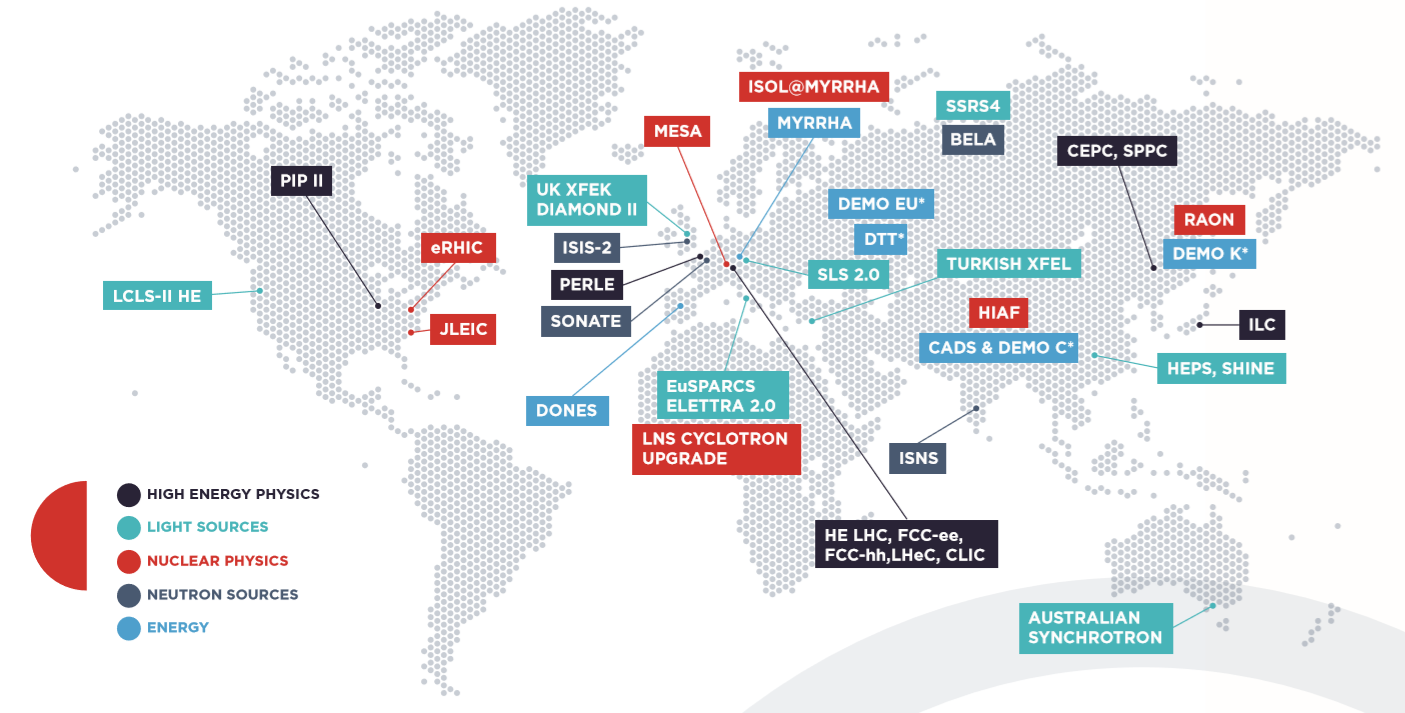 This timeline of the proposed future Research Infrastructures highlights the planning strategy distinction between: 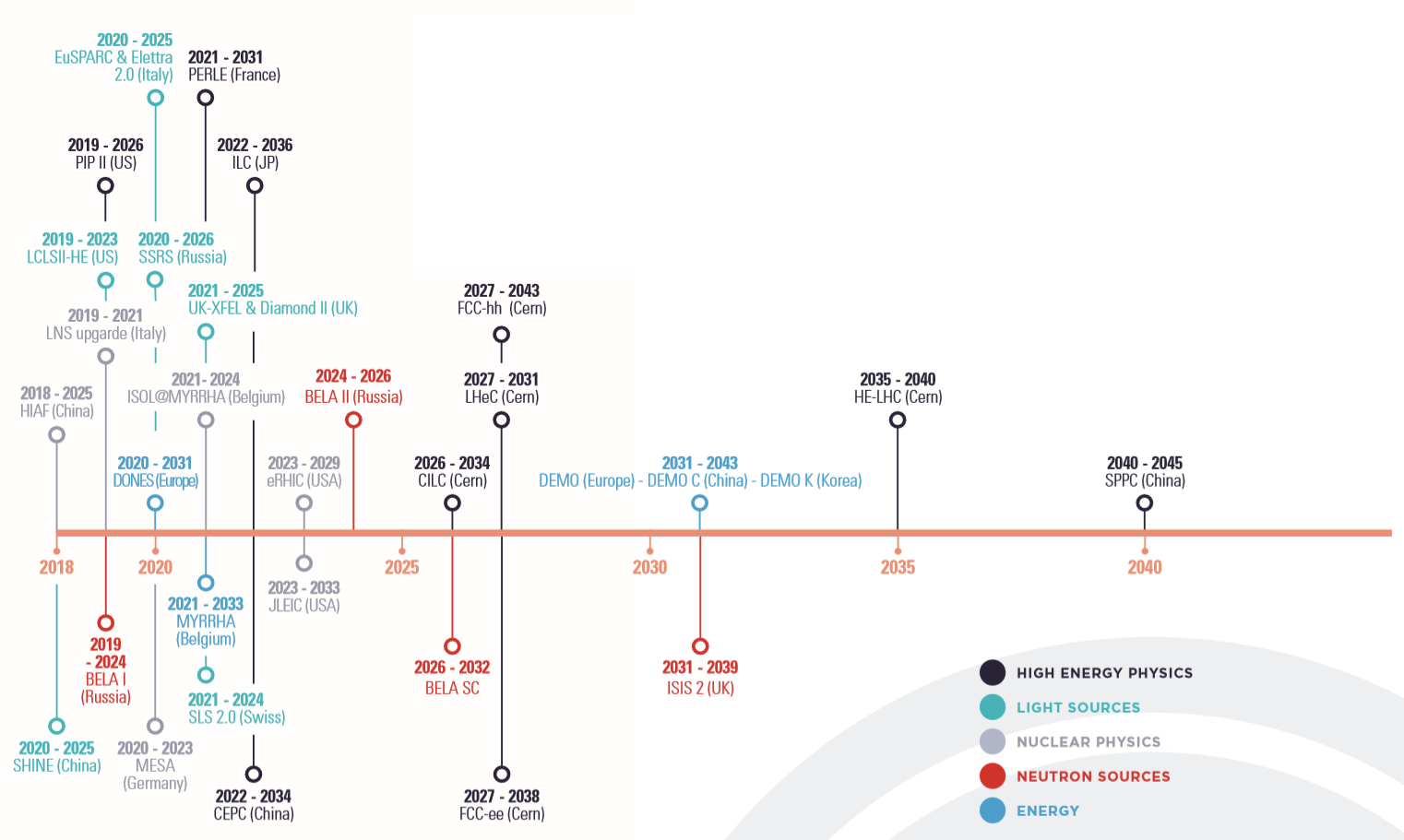 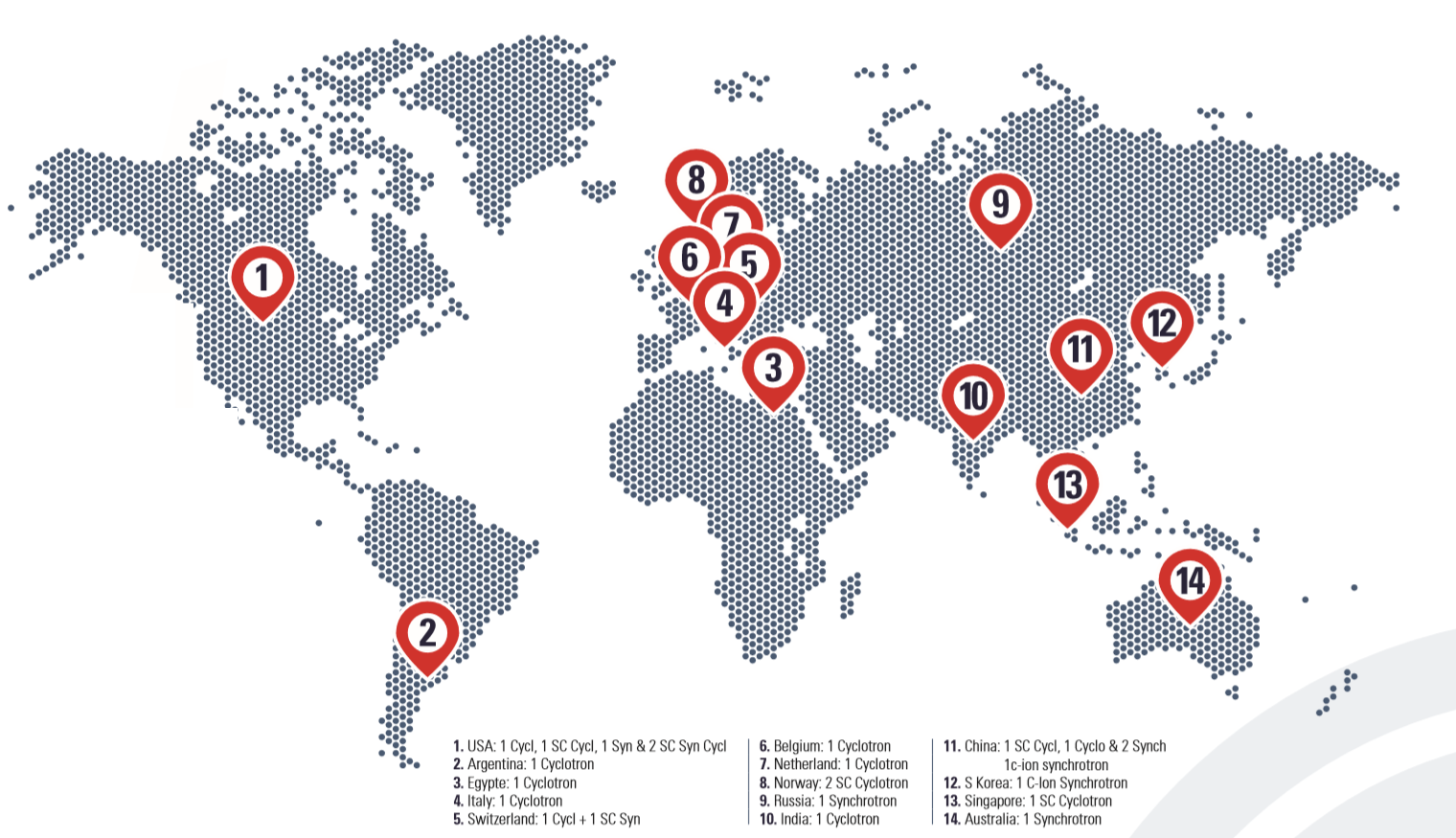